IT'S TIME TO CELEBRATE

There's no cooking involved, we don't have to clean house or polish the silver.  It is time to sit back and as Master Gardeners accept a heartfelt thank you from the Oregon State University Extension Service staff.  The week of Oct. 26-30, 2020 is "Celebrate Master Gardener Week"  I hope you can find time to take advantage of the weeklong events being provided to celebrate the volunteer work of OSU Master Gardeners.

The celebration events include a film festival showing of three films. 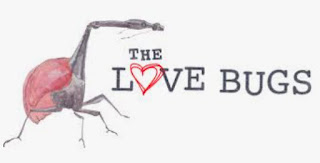 The Love Bugs follows entomologists Charlie and Lois O'Brien and their world-wide collection of over 1 million insects.  The colors, shapes and sizes are fascinating along with some of their stories.  Charlie has Parkinson's disease which now limits his daily life and restricts his days of collecting.   Lois was 90 years old and still collecting when the film was recorded two years ago.  Together they made the decision to donate their collections to Arizona State University where they had spent many years.  The O'Brien's are truly dedicated in their love of the insect world and their love for one another is evident in their humorous exchanges with each other.  The quality of the photos is fantastic--makes you want to grab a net and capture a few.  I watched the film and was overwhelmed with the feeling of gratitude I had being able to share their heartbreak in moving on in their life.  If you need a few giggles and maybe a tear or two in your day, I highly recommend watching The Love Bug.

The second film is Land Grab.  It is the story of a political firestorm in Detroit.  An eccentric finance mogul wanted to spend $30 million of his fortune to create the world's largest farm in the most economically devastated neighborhoods of bankrupt Detroit. 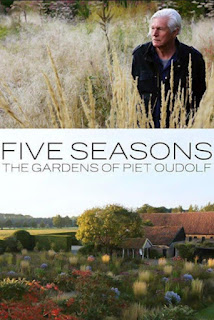 The third firm is The Five Seasons: The Gardens of Piet Oudolf.  The film features the Dutch garden designer and plantsman in a documentary sharing his creative process, his theories on beauty, and the ecological implication of his ideas.  Oudolf has been considered a leader in the 'New Perennial' movement also referred to as the 'New American Style'.

After viewing each of the films there is an opportunity to take part in film discussions on Zoom with the filmmakers and/or local experts.

It is mind-boggling to think of the amount of time and effort that has gone into offering the OSU Extension Master Gardener Volunteers such a bountiful, generous "thank you" gift.

Registration is required to attend the events as was noted in an e-mail from the Deschutes Extension Office sent on Oct. 21st.  In case you missed the Registration, it is open at:

Some films and discussions have capacity limits so sign up early.

On Oct. 29th at 6 pm PST Langellotto will livestream an update on the Master Gardener program in Oregon.  It is hard to think that come the new year our Master Gardener life won't be back to what we have known.  It is especially important that we have an overview for what the expectations are for the coming year.

I will just be so happy when we can get back together for a massive group HUG!