A REQUEST FOR EQUAL OPPORTUNITY TIME

If a TV show (Ghosts) can dredge up historical ghosts with questionable historical facts, gardeners should be able to request equal time based on horticultural ghosts. 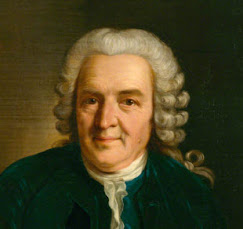 The most commanding ghost presence would be of Sweden's Carl Linnaeus.  Without his wisdom we might still be identifying plants with "that little plant with the pink flower".  Prior to his classification of a generic name (genus) followed by a specific qualifier (species) plants were identified with long phrases involving branching, leaf shape, height, and season of bloom.  Linnaeus believed every plant could be assigned to one of the 24 classes based on its reproductive parts of the plant, the pistils (female) and the stamens (male).  Linnaeus was also known for a sense of humor--think that suggests further investigation.
Who else might be invited to the casting call?

Jean Nicot, a French politician and ambassador to Portugal was introduced to tobacco by a Lisbon botanist Damiao de Goes as an effective cure-all.  Nicot sent samples to the French court.  Soon the plant was decreed to be "the queen's herb".  Nicot, all self-absorbed in his contribution gave his name to the genus.  These days his Nicotiana tabacum is not as popular as it once was.  However his ornamentals N sylvestris, sticky N langsdorffi and the night-scenting N. alata are still popular. 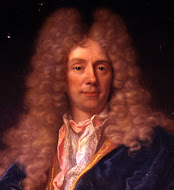 Begonias (family Begoniaceae) have over 1,300 species and numerous cultivars.  I think Frenchman Michel Begon (1638-1710)  would be a good addition to the cast.  Begon was governor of Haiti and Barbados under Louis XIV.  While there he became acquainted with Charles Plumier, a Franciscan monk, botanist and explorer who named more than 4,300 plants.  Begon invited Plumier to share the bounty of his wine cellar.  In return Plumier named a tropical plant genus after Begon.  I suspect more than just a few glasses of wine were enjoyed.
After reading about the namesake of Forsythia (in the olive or Oleaceae family), I decided Scottish gardener William Forsyth deserved a casting call.  We need some drama to keep the viewers tuned in.  Forsythia was a showy character, like the shrub that bears his name.  Robert Fortune brought the plant back from China.  It's hardiness made it overly popular and for that reason it soon fell into disrespect.  So called discriminating gardeners felt it was "vulgar". 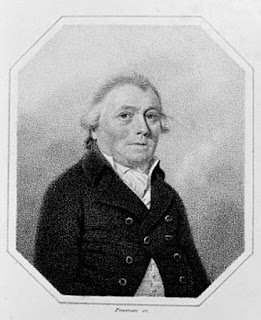 Eventually, Forsyth also fell into disrespect.  In 1770 he became director of the Chelsea Physic Garden, making the first British rock garden using 40 tons of old stone from the Tower of London, plus lava brought back from Iceland.
Apparently that wasn't exciting enough for him.  As a solution to healing wounds in fruit trees after pruning, he concocted "Forsyth's Plaister".  The secret recipe turned out to be cow dung, lime, wood ashes and sand mixed into a malleable paste with soapsuds and urine.  A scandal and much controversy resulted.  Science vs religion--"how could man be capable of rending that immortal, which the great God of nature evidently intended to die".  He did have a Quaker doctor who supported him.  Unfortunately, Forsyth died in 1804 before the controversy could be resolved.
Did the wounds on the trees heal due to the magic plaister or did they heal through Mother Natures magic wand?   Stay tuned for season 2.