ARE YOU READY TO MOVE 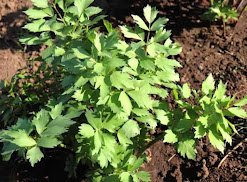 beyond basil, dill, thyme & parsley?Lovage (Levisticum officinale) is an uncommon herb with many uses.  The entire plant is edible from root to tip, plus it has a bright, fresh flavor that tastes a bit like citrusy celery.

The Romans brought it with them on their conquest of Britain, and European colonists didn't want to leave it behind when they traveled to the New World.  It was purported to have some powerful medicinal qualities.  Although lovage has been said to be used for medicinal purposes, please consult your doctor.

Charlemagne declared it should be grown in every Imperial garden.  Queen Victoria used to carry lovage candies around with her. 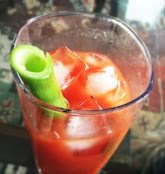 The herb is native to western Asia, parts of the Middle East and the Mediterranean region.  It has naturalized in some areas of North America and Europe. Lovage tastes and looks a lot like celery.  It is sometimes called smellage or maggi plant.  In Italy it is referred to as mountain celery.  It is also commonly referred to as false celery. 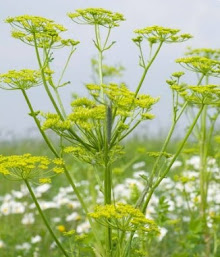 All parts of the plant are edible.  The leaves which resemble parsley can be used in soups, and in chicken and tuna salad.  The plant contains both vitamin C and various B-complex vitamins.  The seeds are the source of the "celery" seed we buy in the store.

Lovage can also provide some surprise treats.  The long, hollow stems can be candied as a confection and it has been said they make enjoyable straws for a Bloody Mary.

The plant can grow up to 6 feet tall with a 32 inch spread, so it makes a stately presence at the back of a garden.  The herb prefers a cool climate to a hot one, is rated hardy to USDA Zone 3-5.

The perennial dies back to the ground in winter and reemerges in the spring.  The plants produce yellow flowers before setting seeds in late fall.

Seeds can be direct sown outdoor at a soil temperature of over 60 degrees F.

Seeds started indoors can be started 5-6 weeks before the last frost.  Place seeds on top of seed starting mix and cover lightly with sand.  Maintain even moisture, but don't allow soil to become waterlogged.  Seed viability is 1 year.  Plant in part to full sun.  It prefers sandy, loamy soil.  Germination can be slow and erratic, once established the plants are long-lived. 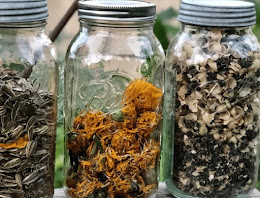 Cut seed heads before every seed has shattered.  Allow to after-ripen for a few days, then thresh by hand.  Dry thoroughly before storing in an air-tight container.

Established plants are difficult to find at plant nurseries.  Seeds are available on-line at:

www.adaptiveseeds.com in Sweet Home, OR